The Wimbledon tournament features 128 players from both the men’s and women’s side, often making it somewhat overwhelming to find the match you’re looking for in order to place a wager. Online betting sites take the guesswork out of this process, breaking down both men’s and women’s divisions down with daily matches as well as futures odds, listing the favourites to win outright.

Picking a Wimbledon champion can be tricky, as often there are three or maybe four legitimate contenders on the men’s side —led in the past by grass court king Roger Federer, Novak Djokovic as well Rafael Nadal.

Online sportsbooks such as Bodog, which is one of several offshore, Internet-based websites available to Canadian customers, offer futures odds and other intriguing prop betting lines for players to select from.

Federer, who entered the 2018 tournament winning Wimbledon eight times, was again the favourite to claim a ninth crown at the age of 36. At +150 to win it all, bettors salivated at the opportunity to take the Swiss legend at such a great price. However, it is important to visit other sportsbooks to see if you can grab an even better bargain. 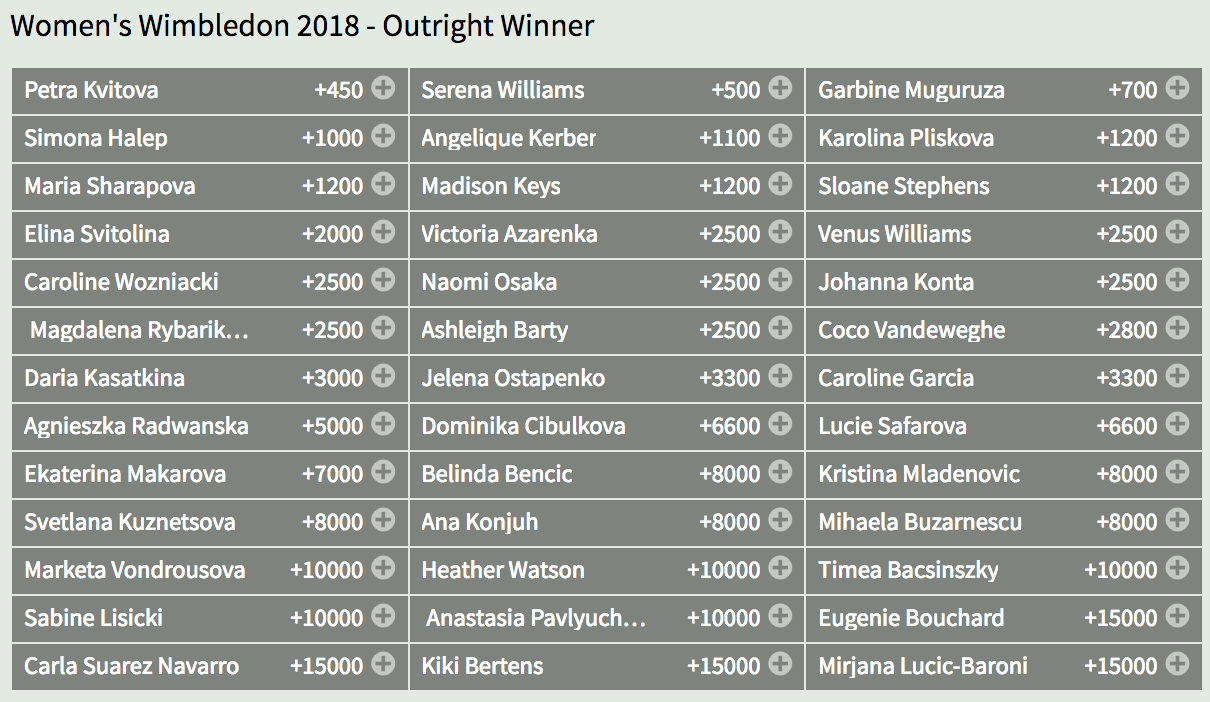 Wimbledon by the Numbers

Age plays a huge factor for bettors laying money down on the Wimbledon championships. Boris Becker still holds the record for youngest player to win Wimbledon as the German accomplished the feat at the 17 years and 285 days in 1985 — a mark no other men’s player has been able to top. The oldest player on the men’s side to ever win the tournament was Arthur Gore in 1909 when the Brit captured the Wimbledon crown at 41 years and 182 days old.

Martina Hingis won the ladies title at the age of 15 years and 282 days in 1996 — a record that stands to this day and probably won’t be touched for some time.

It is crucial bettors pay attention to the length of matches, especially that involve the top seeds in the tournament. Longer matches tend to mean less rest time and for ageing players such as Federer and Nadal, that can play into how deep the tennis stars go.

The longest match in Wimbledon history was 11 hours and five minutes between John Isner and Nicolas Mahut. Isner outduelled Mahut in the first-round match but the American was ousted in the second round of the tournament. 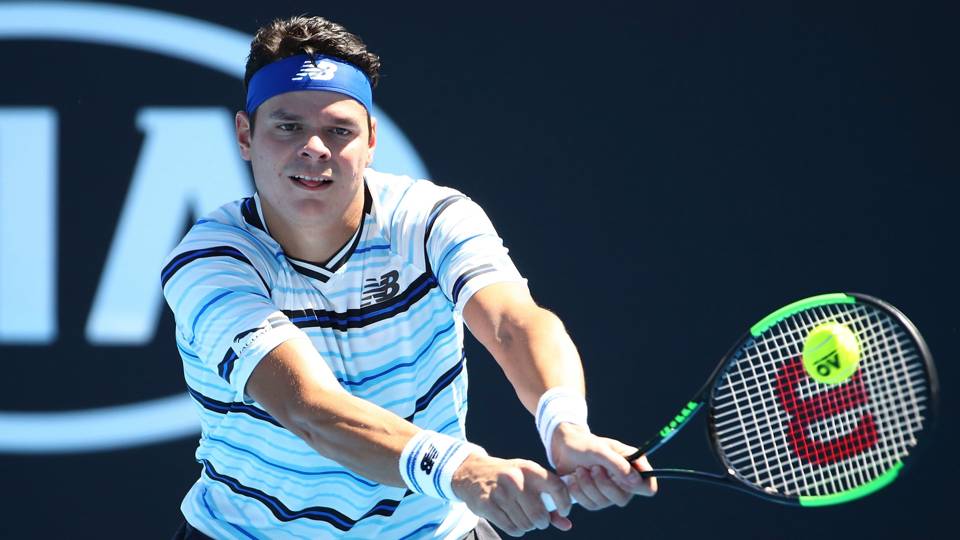 There’s a new crop of tennis stars on the men’s side to watch in the 2018 Wimbledon tournament and beyond.

A Canadian has never won the men’s single crown at the All England Club, but there are two legitimate underdogs that could take the world by storm, starting at Wimbledon.

In 2016, Milos Raonic became the first Canadian tennis player to ever reach a final at Wimbledon, losing in straight sets to fan favourite Andy Murray of Scotland. Following strong 2016 and 2017 campaigns, Raonic has struggled to find his way, but he’s proven he can handle the pressure on the big stage — even at Wimbledon. Bodog has Raonic at +1200 to win the tournament outright and expect many bettors to take a chance on that.

Another Canadian to watch is Denis Shapovalov, pegged at +4000 prior to the tournament to win the title outright. Still a teenager, Shapovalov is rising through the ATP rankings and will be a contender for many years to come.

It will be hard to bet against Roger Federer — even at the age of 36. The Swiss superstar, who has captured a record 20 Grand Slam championships, is the frontrunner to make it 21.

However, watch for Novak Djokovic to prevail again in 2018. After struggling through injuries during the 2017 campaign, it looks like Djokovic — a three-time Wimbledon champ — has found his way. At +650, that is a steal for the Serbian star.

On the women’s side, it is wide open, but 23-time Grand Slam champion Serena Williams is back in the tournament after giving birth to daughter Olympia last September. Williams is the odds-on favourite to win Wimbledon outright at +450 despite missing a year of action.

Williams will return and won’t miss a beat against a women’s field that lacks superstar power. Take the American at such great odds.