With only one Super Bowl MVP winner coming from the non-winning team in the history of the NFL (1971), picking the MVP can be tough. Bettors first have to be correct with which team will win the game, and then pick the player that has a spectacular performance along the way. Below you'll find the odds at SportsInteraction for the Super Bowl 51 MVP. 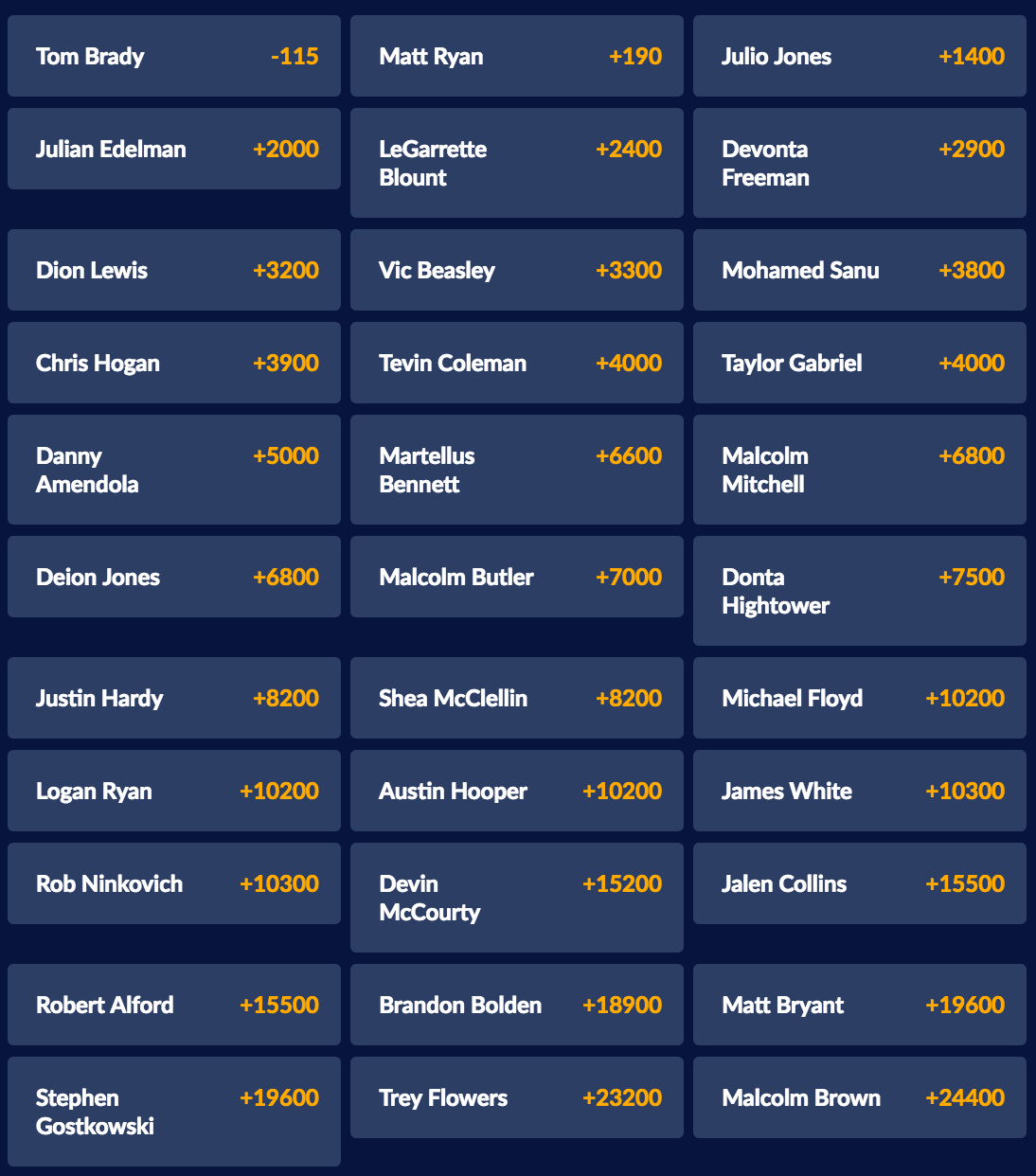 In the history of the Super Bowl MVP award, over half of the recipients have been quarterbacks. 27 times QB's have taken home the award so it's no surprise to see Tom Brady and Matt Ryan as the two distinct favorites this year. However, two of the past three SB MVP's have come from the defensive side of the ball (Malcolm Smith in SB 48 and Von Miller in SB 50), and bettors have already flocked to a few defensive guys like Atlanta's Vic Beasley for this year's game. That being said, we've never seen consecutive Super Bowl's have a defensive MVP and judging by the high total on this game, there's a strong chance the winner will come from the offensive side of the ball.

Tom Brady already has three SB MVP's on his resume and a 4th would make him the all-time leader in that regard. A Patriots win in the SB would also give Brady his 5th championship - the most ever by a NFL QB. He should have a tremendous day carving up a porous Falcons defense that had numerous weaknesses masked by their offense, and Brady absolutely lives for these moments in the big game. With QB's taking home this award more than 50% of the time, and the Patriots as the selection to win on the moneyline, this is definitely the best way to go with this prop.

For those of you looking for more of a longshot, Patriots TE Martellus Bennett at +6600 isn't a bad option either. Atlanta is horrible at defending opposing TE's and the Patriots love to run their offense through that position and move the ball up the seam.

How To Bet On Super Bowl 51 Props

Betting on Super Bowl 51 props will be exciting but it's important for bettors to remember not to go crazy with their bankroll on these wagers. You've spent all year handicapping games and adding funds to that bankroll, there is no need to blow it all on prop bets just because it's the Super Bowl.