For the 2nd time in three years the New England Patriots find themselves playing for a Super Bowl championship in a game oddsmakers believe will be close. SportsInteraction has the Patriots ML odds listed at -160, while those looking to back the underdog Falcons can get +135 on the ML.

My Team's Next MatchNew England Patriots

Super Bowl 51 features two of the best offences in the NFL this year and it's why oddsmakers have hung the highest total for a SB ever at 58/58.5. With all the firepower on the field, it will be the team that has their defence step up and force turnovers and/or FG attempts as opposed to touchdowns that will come out on top. In that regard, it's the Patriots who have a clear edge with their #1 scoring defence and with over 20 players on New England not only having Super Bowl experience, but a championship ring, the enormity of the scenario will likely affect them less.

The Patriots may be the franchise the everyone loves to hate, but amid all that hatred is a ton of respect. Nobody can deny how consistently dominant New England has been this century and while Super Bowl underdogs may be 6-2 SU on the ML the past eight years, Super Bowl 51 will be one for the favourites. New England's explosive offence all but negates Atlanta's possible advantage they have on that side of the ball, especially when you consider how good the Patriots are at keeping opponents out of the endzone. This is the same Patriots defence that made a phenomenal goal line stand with an INT two years ago in the SB to beat Seattle and the confidence they all gained from that result should carry over to this contest.

There may be plenty of bettors out there willing to state their reasons for why the upstart Falcons will go all the way, but when an underdog becomes a "public" underdog it's best as a bettor to stay far away; especially in a game as big as the Super Bowl.

How To Bet On Super Bowl 51 Money Line

Betting on the money line for Super Bowl 51 couldn't be easier. Simply check in at Sports Interaction, create your account in a few clicks, and find the Super Bowl odds and select the Patriots. Laying the -160 on the ML forces you to risk more upfront then you would selecting the underdogged Falcons, but a winning bet is a good bet no matter the juice you have the lay at times and the Patriots will win Super Bowl 51. 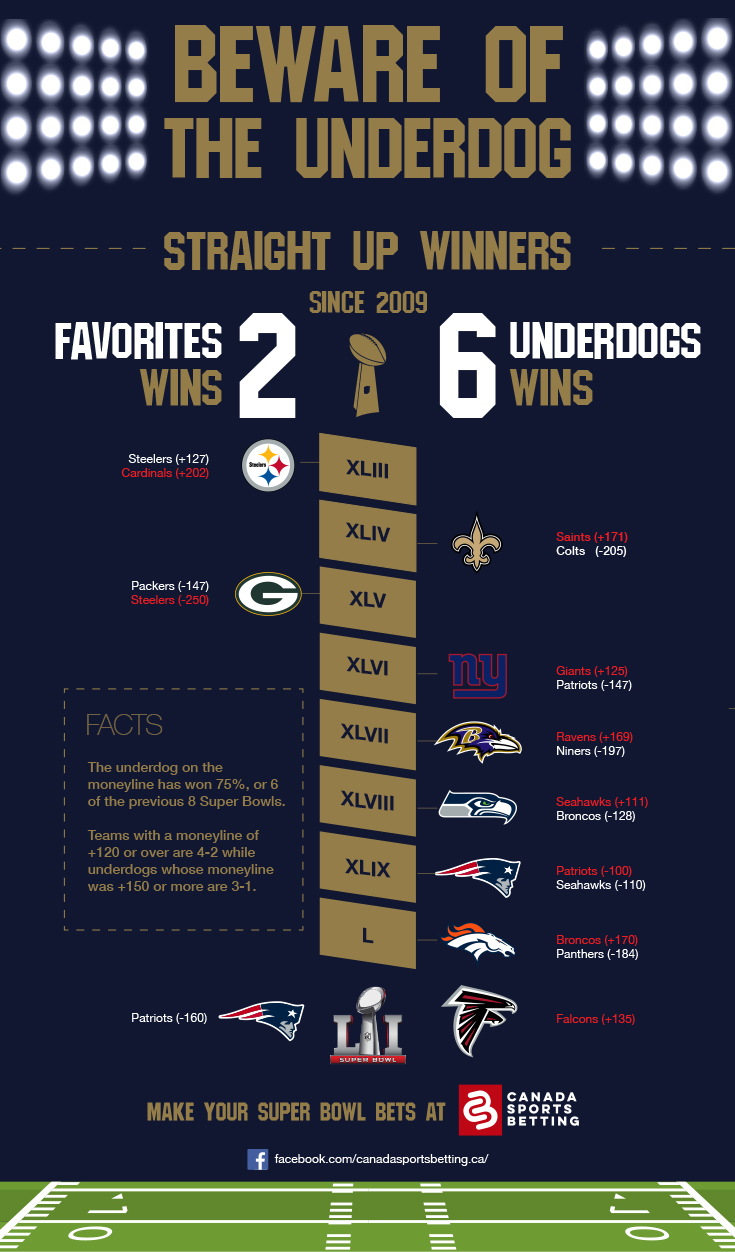