New England has dominated their two playoff opponents so far by outscoring them 70-33 combined. Those two victories got the Pats to the big game, but they are going to have to play a complete game on both sides of the ball to beat the high-powered Atlanta Falcons. 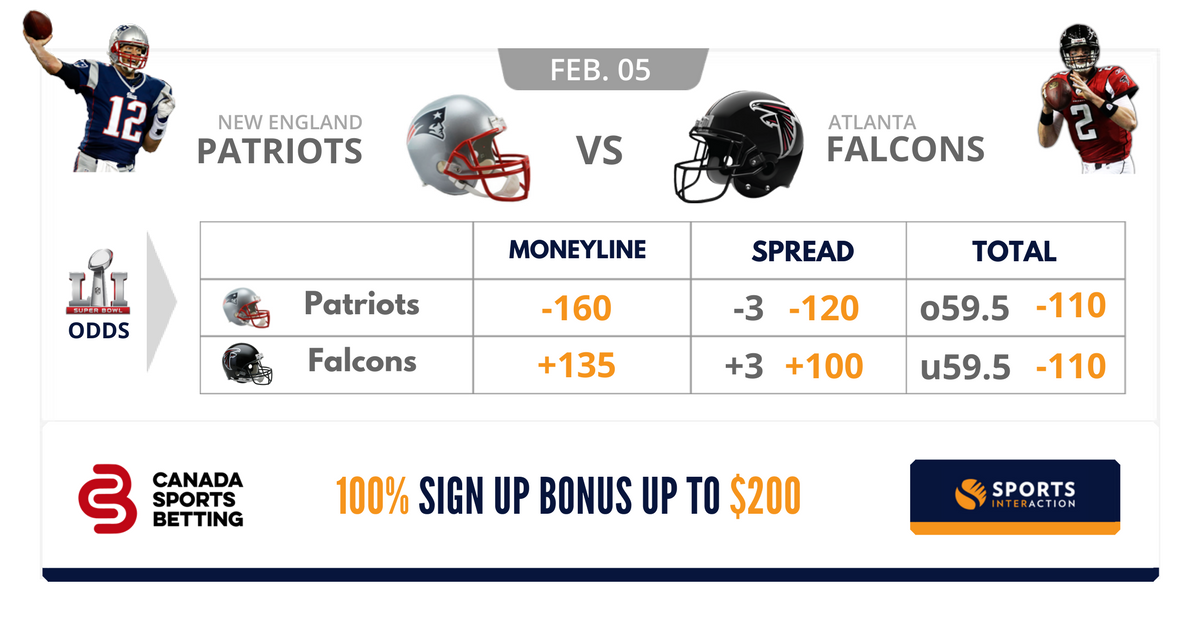 The good news there is that for bettors who love to back strong trends for the Patriots have many different ones to rely upon here. For one, New England is on a 5-1 ATS run in their last six playoff games, and 5-0 ATS in their last five against another winning team this season. More importantly though, the fact that New England has gone 16-4-1 ATS after a game where they allowed less than 90 yards rushing and 15-5-1 ATS after scoring 30+ points are strong indicators that we should expect the best from Tom Brady and company.

Everyone knows how great the Patriots offensive attack can be, but there aren't many out there that give the Patriots defence the credit they deserve this year. New England led the entire NFL in 2016 in points allowed at just 15.6/game and they'll need that defence to live up to those spectacular numbers against the highest scoring offense in the NFL.

Atlanta put up 33.8 points/game offensively and there is no question that slowing down that attack is New England's biggest concern in Super Bowl 51.

Should You Bet on New England In SB LI?

That is the question that every NFL bettor will be struggling with for the two weeks leading up to the Super Bowl and only you can make that decision for yourself. On the surface it's tough to go against Atlanta's #1 offensive attack with the likely MVP Matt Ryan at the helm. However, New England has a decisive edge in terms of experience and no situation that comes up in this game will be one Brady and Belichick haven't dealt with before. I will say this though, NFL bettors looking for more indepth previews on the point spread and total for this game, keep it tuned to sportsbettingreviews.ca as those feature articles will be coming later in the week.