As talks of the 2020-21 NHL season heat up, an All-Canadian Division is looking more like a reality. Currently, NHL All-Canadian division odds suggest the division is more than likely to happen. This would put all seven Canadian teams: Calgary, Edmonton, Ottawa, Montreal, Toronto, Vancouver, and Winnipeg into one division.

Will there be an NHL All-Canadian Division in the 2020-21 season (per Bodog)?

The move comes as a result of the pandemic restrictions including the 14-day quarantine process and the closed Canadian borders. Keeping the Canadian teams in one division allows them to play each other within the country as their American counterparts play within their own.

Of course, the NHL also realigned the rest of the divisions as a result. And an All-Canadian division is exciting for fans and competitive for the teams involved.

Here is how oddsmakers expect the Canadian division to look like:

NHL Canadian Division odds: How each team stacks up

The Canadian division will be the most competitive division in the NHL and the NHL Canadian division odds allude to that. Six of the seven teams have a realistic chance of winning the division if the chips fall in their favour. Nevertheless, some teams are better built than others. Look at how each team is built heading to the season:

The favourites are a tremendous regular season team and added the likes of Joe Thornton, Wayne Simmonds, and Zach Bogosian to the mix. Toronto hasn't won a playoff series since 2004 but has made four consecutive playoff appearances and finished third in the Atlantic three straight times.

SBR Recommends — Bet or Pass. The Leafs are the favourites because they are the most consistent of the bunch. But the asking price all but says "Leafs or bust", and there's other competition. Although the other teams in the division (save one) struggle with consistency, there is better value elsewhere.

The Oilers are in second mainly because they were a solid regular season team last year. Leon Draisaitl emerged as a legitimate offensive force even when Connor McDavid missed games. Edmonton also acquired Kyle Turris and Tyson Barrie to bolster their lineup.

SBR Recommends — Pass. Edmonton is the Jekyll and Hyde of the NHL. Some seasons they look like a Stanley Cup contender and others they look like a lottery team. It's anyone's guess which Edmonton shows up this year. The odds here are worth passing on. 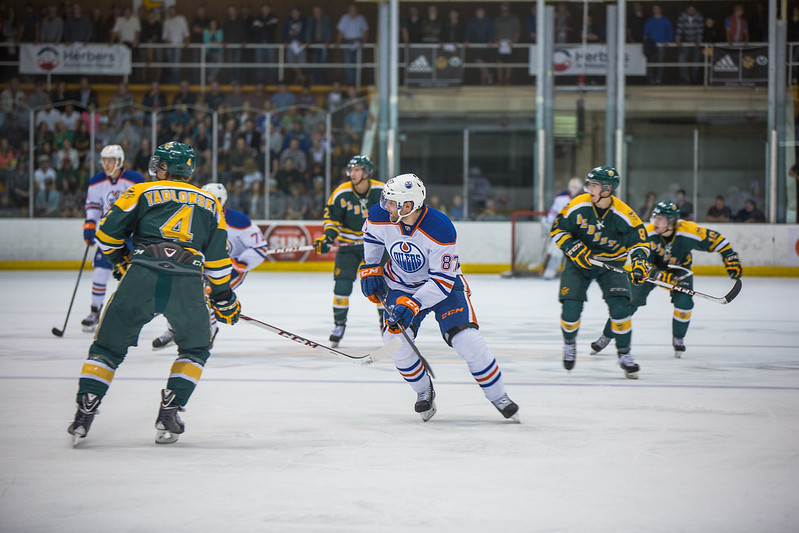 Could this finally be the year Calgary realizes its potential? The Flames have the talent to fight the Leafs for top spot and their young core should still get better. New goaltender Jacob Markstrom could finally be their answer in net.

SBR Recommends — Bet. Like their Albertan cousins, the Flames struggle with consistency but have a higher floor. At their best, they can replicate their 2018-19 season where they finished with 50 wins and the division title. At 6-1 odds, they have some sneaky value.

Winnipeg is getting respect here despite still being a shell of its Stanley Cup contender version. Paul Stastny returns to reinforce their middle, but they still have some uncertainty with star winger Patrik Laine. The Jets remain an enigma, but they will always play hard.

SBR Recommends — Pass. The Jets have a high floor but a low ceiling. While they can outwork the other clubs, they don't have the star power to push them to the top. If their odds go up more, they might be worth a look. But at this point, Calgary has much better value.

Last year's surprise team is out to prove that wasn't a fluke but will have to do so without star goaltender Jacob Markstrom. Former Vezina winner Braden Holtby should fill in decently as the Canucks look to build on their surprising playoff run.

SBR Recommends — Wait.  If, and it's a big if, the Canucks get even better and Holtby recaptures his Vezina form, the Canucks could just capture the division. But the other if is also a concern and they could finish second-last. The odds here aren't good enough but if they creep higher, take a stab at it. 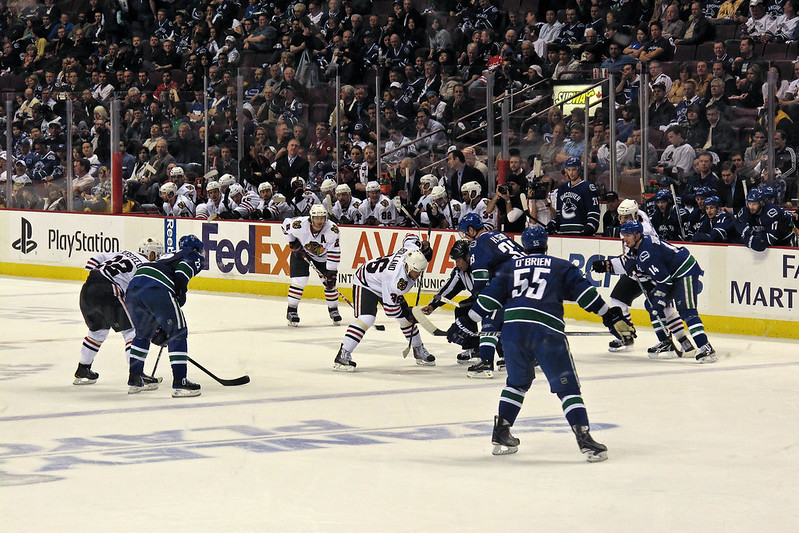 "Vancouver Canucks vs. Chicago Blackhawks, Game 3" by s.yume is licensed under CC BY-NC-ND 2.0

Like the Canucks, Montreal made an unexpected playoff run. But unlike the Canucks, Montreal's run was more fluke than anything. A rested Carey Price—he has Jake Allen as a backup now—makes the Habs a playoff wildcard.
SBR Recommends — Pass. The odds here are surprising and laughable. The Canucks have a significantly higher ceiling at similar odds. Montreal still looks like a lottery team without Price and it's hard to envision this team winning enough to even come close to the division title.
Ottawa Senators — 26.00
Ottawa will finally have a season where they can reward their fans for their undying loyalty... but not yet. They acquired the likes of Alex Galchenyuk, Erik Gudbranson, and two-time Stanley Cup winner Matt Murray but have a long way to go.
SBR Recommends — Pass. The Sens could surprise many this season like the Canucks did last year. But winning the division? Highly unlikely. Still, there is a lot to love where this team is headed. Keep an eye on them.
You can find and bet most of these odds over at Bodog. But you can also find other NHL odds from other bookmakers. In fact, you can shop around and sign up for more than one book to get as many NHL odds and at different prices. These books also offer deposit bonuses. The more books you're in, the more bonuses you get.
View All Sports Betting Sites