The Phoenix Suns and Milwaukee Bucks meet in the NBA Finals in a battle between two underdogs. Despite missing Giannis Antetokounmpo, Milwaukee still has a legitimate shot to upset the Suns. Both teams are built on defense and yet both have realistic paths to victory. But there can only be one champion. Who will it be?

The Phoenix Suns and Milwaukee Bucks were underdogs at the start of the season and the playoffs. But they are now playing for the NBA Championship. This is an unusual NBA Finals, but one that should still feature plenty of drama. With how unpredictable this NBA season has been, there could be more upsets coming.

Per the top online sportsbooks (open to Canadians), Phoenix is favoured to win the NBA title with Milwaukee as an underdog. But beware betting against underdogs:

Few people predicted Phoenix and Milwaukee to make the NBA Finals and even fewer predicted both of them to do it. But here they are. Even if they still have their detractors, these teams got here thanks to their persistence. Now, these two defensive squads will clash and look to execute their contrasting styles on each other.

NBA Finals Preview: The Path For Phoenix and Milwaukee

Phoenix and Milwaukee only share one thing in common (other than both being in the NBA Finals): they are both built on their defense. The two are ranked #2 and #1 in the playoffs in defensive rating, respectively. The difference will come down to which team can execute better on offense and make fewer mistakes.

As the betting odds (via SportsInteraction (SIA)) would have it, Phoenix is the favourite to outlast the Bucks. But both of these teams have paths to win the title. 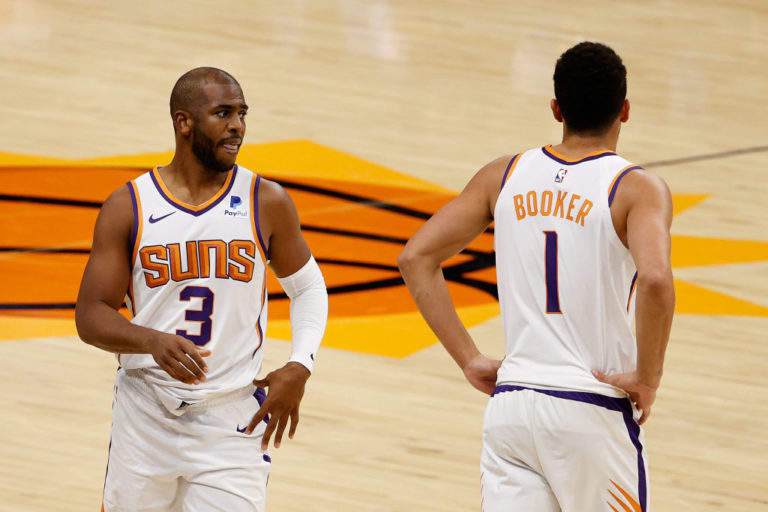 After opening the season as 60-1 longshots to win the NBA title, the Suns are now betting favourites to capture it. Phoenix has to thank good health and Paul for getting thims this far. Under Paul’s and coach Monty William’s tutelage, Phoenix has played some tough and efficient basketball.

Phoenix is averaging a 2.13 assist-to-turnover ratio while shooting 54.4% from an effective field goal standpoint. On defense, they’ve limited oppenents to just 49.8% (eFG%) shooting. Most notably, this team has managed to win on both ends.

Against a bigger Milwaukee team, Phoenix will have to find ways to maintain their efficiency while also not getting beat on the rebounds. DeAndre Ayton will have to continue playing well as their only big man. They can also exploit the turnover-prone and inconsistent Milwaukee and beat them with attrition as they have with the other teams.

The Bucks overcame plenty of odds getting to this point. They overcame being down 3-2 to the original title favourites, the Brooklyn Nets to beat them in overtime in Game 7. Then they beat the Atlanta Hawks after Antetokounmpo got hurt. Now, they must win the NBA title as underdogs against a mostly healthy Phoenix.

If Milwaukee gets it done, they’ll have to replicate their gameplan against Atlanta by dominating the glass and forcing turnovers. They’ll also have to shoot better from downtown. They shot just 31.1% from downtown against the Hawks.

Jrue Holiday will be critical to their success. He managed to harass Trae Young and Atlanta’s perimeter players enough. Any limitations he can set on Paul and Booker will go a long way for Milwaukee as they look to play Phoenix to a standstill until Antetokounmpo can rejoin them.

NBA Finals MVP: The Favourites, Sleeper, and The Longshot

Continuing on the trend of unpredictability, these NBA Finals could also yield an unforeseen Finals MVP. We have two favourites in Phoenix’s Chris Paul and Devin Booker and a few sleepers and longshots all of whom have a realistic shot at capturing this prize.

It will be a storybook ending for Phoenix and Paul if he wins the Finals MVP. The longtime NBA veteran has been phenomenal in this run. He’s averaging 18.1 points and 8.7 assists with just 1.6 turnovers. He posted 41 points and shot 16-of-24 with zero turnovers to clinch Phoenix’s trip to the Finals. He’s the frontrunner for a reason.

Right beside Paul is Phoenix’s rising superstar: Booker. Unlike Paul, Booker played every single game in the playoffs. He’s posting 27 points and 4.8 points. He’d be the favourite but he’s cooled off recently, shooting just 34.6% in his last five. Still, he is the most potent scorer in the Finals and can get hot. 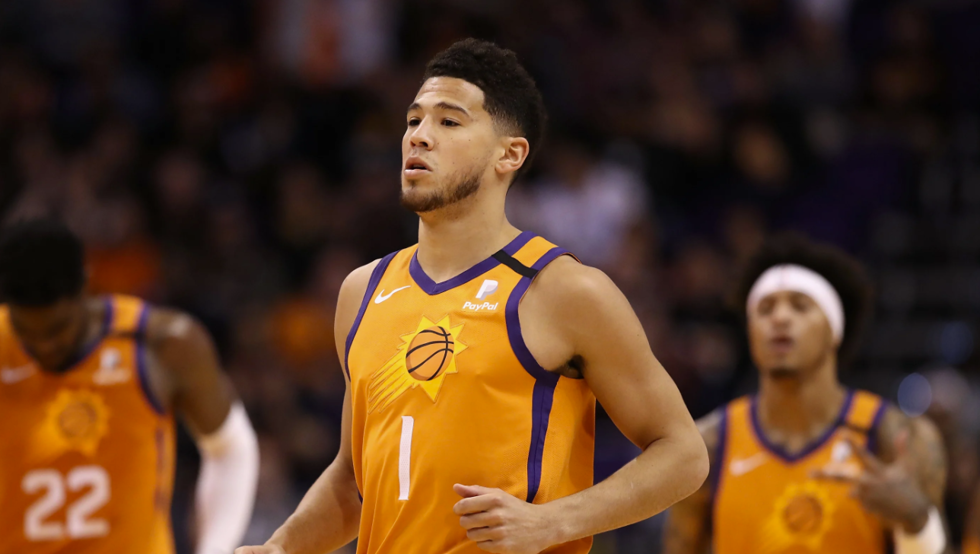 If the Bucks are going to upset the Suns, Holiday will have to play the best games of his career. Giannis Antetokounmpo is hurt and Khris Middleton will carry the scoring load. But Holiday will be the one guarding Paul and Booker. If he can continue averaging 17.6 points and 8.4 assists while locking down the deadly duo, he should win the award.

The one advantage Milwaukee has over Phoenix is size. They used that to beat the Atlanta Hawks. This puts a lot of pressure on Phoenix’s lone big: DeAndre Ayton. He’s scoring with a whopping 70.6% field goal rate and could just do enough damage to win the coveted award.

Tip: find the most NBA betting markets from the top sportsbooks for Canadians. Don’t stick with one book. Sign up to many and get free betting credits with your first deposit on top of other promotions.

The Canadian Women’s National Soccer Team has already made history by advancing to the final of the Tokyo 2020 Olympics. But can they go all the way and bring home the gold medal against a rising power in Sweden? Plus, can the USA regroup and capture the bronze against Australia?

A massive welterweight tilt pits the legendary Manny Pacquiao against the undefeated champion Errol Spence, Jr. Pacquiao will be an underdog yet again as he chases Spence, who many consider to be the best welterweight on the planet right now. It will either be Spence’s greatest win or another victory to add to Pacquiao’s unbelievable legacy. Does Pacquiao have another upset planned?

Newly minted lightweight champion Teofimo Lopez can further elevate his rapidly rising stock with a big win over mandatory challenger George Kambosos Jr. Lopez will be a massive betting favourite here but does the challenger have what it takes to defy the odds?

Read this article
Sports News - 22/07/21
CFL Preview: Tcf and The Year of the Underdogs

The CFL is back! And with this new season comes plenty of opportunities, especially for the underdogs. A shortened season coupled with plenty of new faces in new places could result in plenty of upsets including a longshot as the new Grey Cup champion. It’s crazy, but the CFL is where crazy happens.