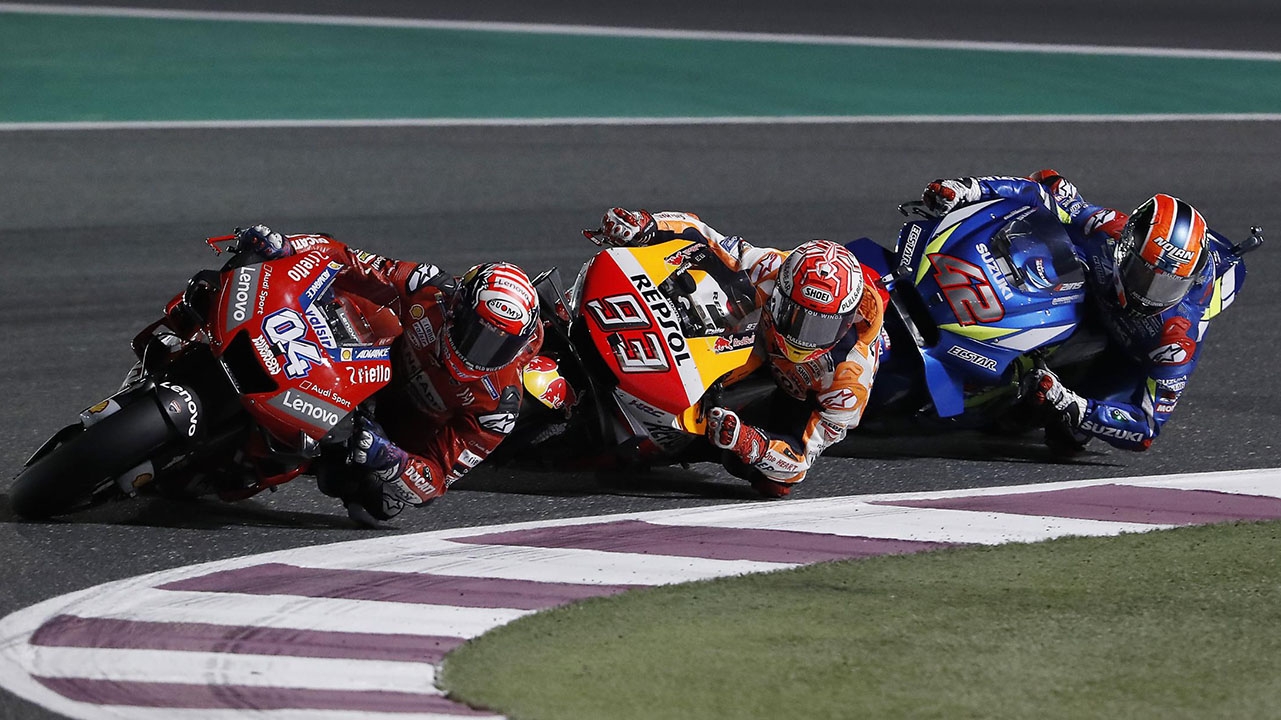 In the process of establishing his own legend, Marc Marquez continues to dominate elite motorcycle racing. MotoGP odds 2019 show Marquez as the top favorite to capture his seventh consecutive checkered flag at the Grand Prix of the Americas. If Dovizioso expects to keep pace with Marquez in the standings, he’ll need to break Marc’s incredible winning streak.

Few riders dominate an event like Marc Marquez owns the GP North America race. Marquez and Team Honda MotoGP have won the Grand Prix of the Americas six consecutive times. Incredibly, this race has existed for six years, which means that no other driver or constructor has won the event. Don’t expect the same exciting finish in Qatar.

Dovizioso dropped crucial points in Argentina after a spectacular win in Qatar, a result which greatly disappointed Andrea. He’s obviously a threat to win any race, but the Circuit of the Americas has belonged to Marquez for more than a half-decade. Andrea will challenge Marc for much of the season, excluding this race.

The crowd in Texas would love to witness Valentino Rossi break Marc’s dominance of the Americas. Rossi hasn’t won a race in more than a year, which doesn’t bode well for this MotoGP legend. At this point of his career, his MotoGP championship odds are boosted by his popularity and past exploits. Sure, he’s a solid dark horse underdog to win, but Dovizioso and Marquez will be the best bets.

Maverick hasn’t been the same since his solid switch from Suzuki MotoGP to Yamaha in 2017. This young speedster has won a single race in nearly two years, struggling to regain his fiery promise. The Americas was one of his better races in 2019, finishing second behind Marquez. As a young, rising star, Maverick has the ability to put together a perfect run to oust Marc from his dominance.

Jorge hasn’t squeezed the same performance out of his Honda as Marquez in 2019. Nonetheless, Lorenzo will be considered another solid longshot to win because he’s a three-time MotoGP champion on top of a superior machine. His trio of victories on top of a frustrating Ducati show that he still has what it takes to win races. Lorenzo could challenge his teammate for the checkered flag in Texas.
The Rest Of The MotoGP Field

MotoGP 2019 odds shifted when Andrea Dovizioso edged Marc Marquez for a slim victory in Qatar. However, Andrea’s third-place finish in Argentina gifted an early championship lead to Marquez. Dovizioso will need to come from behind to remain in the hunt for the MotoGP championship in 2019, especially considering Marquez’ dominance of the Americas.
Sportsbooks clearly don’t believe that there will be much competition for the MotoGP 2019 championship. Marc and Andrea will jockey for position for much of the season, with riders like Rossi and Maverick occasionally breaking through to disrupt individual events.
Many consider Valentino Rossi as the GOAT, but his legendary status is currently being challenged by the incredible consistency of Marquez. Maverick will eventually get a shot at a championship over the next few years, even if he struggles to find the podium in 2019.

See below the top sportsbooks where you can wager online and choose the best one for you: