These MLB 2022 outright odds don't seem to have changed too much since we did our MLB 2022 betting picks directly after the 2021 season. The Toronto Blue Jays have taken some money and climbed up to third with some books. If they can land another marquee free agent and reinforce the pitching staff, Toronto may just become the top team of the American League (AL).

Keep an eye on these outright MLB baseball betting odds as these could look very different a few weeks from now. Stay tuned to the news to follow where top free agents are heading and what moves the contenders are making or not making. Also, the new season format is bound to affect the title picture.

The lockout was not for naught as we are getting some refreshing changes to the MLB this 2022, which will still feature a full 162-game schedule:

12-Team Playoff Format: Blue Jays fans should be happy with this one. Had this format been used last season, the Blue Jays may have gone all the way to the World Series. Instead, they finished out of the playoffs despite finishing with a 91-71 record.

Universal Designated Hitter (DH): Did anyone order more offence? Pitchers will have their work cut out for them as the National League (NL) will now also incorporate the DH rule. This also means pitchers won't need to rake anymore. Expect run totals to be lined higher on sportsbooks.

One of the major rule changes to the new CBA is the National League adopting the designated hitter.

Max Scherzer might not mind after going 0-for-59 last season. pic.twitter.com/NaxsbULM9k

Condensed Schedule: the season will start on April 7, a week after the originally proposed March 31 date. The league will make up for the lost games by extending the regular season a few days longer and via double-headers. This will impact pitching to a degree.

Toronto Blue Jays' Futures: What To Expect In 2022

The Toronto Blue Jays remain a title contender with the latest MLB World Series betting odds. But can they replicate what was one of the best runs they made last season?

Can They Win The AL East  Division?

Neck-and-neck with the New York Yankees (2.97) and last year's winner, the Tampa Bay Rays (3.39), the Toronto Blue Jays will have to be near-flawless to capture the MLB's toughest division. Their pitching is weaker without Robbie Ray but they do have a notable home-field advantage: non-vaccinated players will not be able to play against them. SBR's Pick: Toronto (2.90).

Can Vladimir Guerrero Jr. Or a Blue Jay Be An MVP?

Vladimir Guerror Jr. finished as a runner-up to Shohei Ohtani for MVP. The hype around Ohtani was just too strong for "Vladdy" to overcome though if he can lead the Blue Jays to the playoffs, he may have a stronger case. He keeps getting better each year and could be due this season. SBR's Pick: Vladimir Guerrero Jr. (4.33).

Can A Blue Jay Pitcher Contend For The Cy Young?

Robbie Ray came out of nowhere to win the coveted pitching award. Unfortunately, he also became too expensive for Toronto keep so he's now with the Seattle Mariners where he is still a contender to win (9.00). But our money is on Lucas Giolito (13.00) who will be for the White Sox what Ray was for Toronto last season. SBR's Pick: Lucas Giolito (13.00).

Can The Blue Jays Win The AL?

The Blue Jays are a fun team that is loaded on offence. But their pitching worries us. They lost Ray and Marcus Semien, which will also impact their defence. Their line is also too short given a potentially tougher year. Instead, we like the White Sox to continue to improve and go all the way by capturing, at least the AL Pennant. SBR's Pick: Chicago White Sox (6.16).

Can The Blue Jays Win The World Series?

Of course, the Blue Jays can win the World Series. But a lot of things will have to continue their way. They have a better shot at the postseason now with the expanded format and if Canada maintains its vaccination rules, Toronto will have a significant home-field advantage. But at longer odds, we like the San Diego Padres to be what everyone thought they'd be last year, especially with Bob Melvin now managing the team. SBR's Pick: San Diego Padres (13.50). 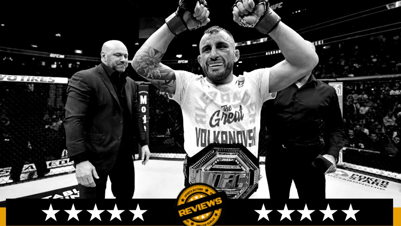