French Open 2021 Picks: Nadal or Bust? And How Good is Swiatek?

Rafael Nadal being the favourite to win the 2021 French Open is one of the few certainties in sports these days. But the “King of Clay” is old news. Move over, Nadal as Iga Swiatek is the hotshot on the women’s side. Nadal, Swiatek, or the field. We make our French Open 2021 picks.

Rafael Nadal is the “King of Clay” and looks for another French Open title, but the focus will be on the newest tennis superstar in Iga Swiatek who has looked like the Queen of Clay at just 19-years-old. Beyond them is a long list of contenders all gunning for their crowns.

If it’s not Nadal or Swiatek, it’s one of these contenders (odds via top online sportsbooks):

The 2021 French Open: Nadal, Swiatek, and the Contenders

It’s a foregone conclusion that if healthy, Rafael Nadal (1.83) is winning the French Open. Even at 34, Nadal has been dominating the clay surfaces. He’s already won the Italian Open and Barcelona Open beating both Novak Djokovic and Stefanos Tsitsipas, respectively. Nadal is gunning for his 14th Roland Garros title and his fifth straight.

Djokovic (4.50), Tsitsipas (8.00), and Dominic Thiem (7.00) are the next three likely winners. Djokovic has a single Roland Garros title but has made the finals five times, losing to Nadal on three of them. Tsitsipas won the Monte Carlo Masters and was a semifinalist in last year’s Roland Garros. Thiem was a two-time finalist in 2018 and 2019, losing to Nadal on both occasions.

On the WTA side, it’s all about Iga Swiatek (4.00). The Polish wonder girl took the tennis world by storm by becoming the youngest player to win the French Open since Nadal. She’s warming up for her second one as she dominated the Italian Open.

Swiatek proved she was on her own level, but there are several contenders hot on her heels beginning with Simona Halep (7.00) who beat her in 2019. World number-one Ashleigh Barty (6.00) has also been on a mission this year having already won three tournaments.

Canadians are all long shots to win with Bianca Andreescu (21.00) having the best chances. Andreescu has battled through injuries since winning the US Open in 2019 and hasn’t gotten past the second round of the Roland Garros. Denis Shapovalov (81.00) has had similar results (all odds via BetOnline).

Beyond Nadal, every other contender may as well be a longshot. However, Nadal hasn’t won every single French Open. Upsets do happen and Nadal has shown some vulnerability. And as unbeatable as Swiatek has looked, the WTA is a lot less predictable. Here are a few other contenders and longshots worth betting on:

Djokovic has only won seven of his 26 clay matches against Nadal. He’s only beaten him once in the French Open yet he couldn’t get past Stan Wawrinka in the finals. But “Djoker” has made it to at least the semifinals in eight of the last ten tournaments. 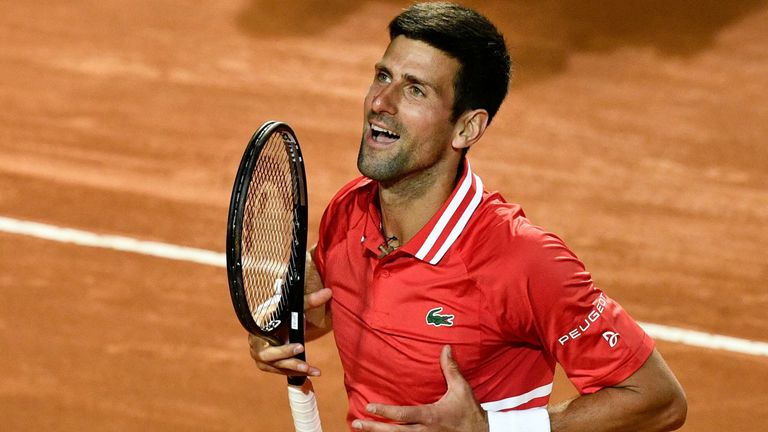 The Austrian finally broke through by winning the US Open in 2020 and was a finalist in the Australian Open. He’s been on a roll and has a good shot to return to this year’s Finals. While he’s 0-4 against Nadal at the Roland Garros, he does have four wins over him on clay.

“El Shapo” is not just a Canadian favourite, but a player who is inching towards breaking out. He had a strong showing against Nadal in the Italian Open and has flourished on clay despite having yet to advance past round two in the Roland Garros. As far as longshots go, Shapovalov is worth a look.

The world number-one has held on to her top ranking for almost two years now. While she has yet to win another Grand Slam since her 2019 French Open win, she’s been consistently winning the other WTA tournaments. Expect Barty to have another strong showing this year.

It’s weird having Williams as a longshot, but the GOAT hasn’t gotten past the 4th round of the Roland Garros since 2016. In fact, her exits from the tournament keep getting quicker as she bowed out in the second last year. But there’s still a lot of tennis left in Serena and she shouldn’t be counted out. This is unbelievable value on Kenin, a finalist from last year and the 2020 Australian Open winner. She’s struggled lately and had to part ways with her father as a coach. But she’s already proven she’s a contender and can make a run here. She’s worth a look simply because she’s better than the 25-1 odds she’s lined with.

Bet the 2021 French Open and the Best Tennis Odds

The top online sportsbooks we provided are just a handful of the many books that cater to Canadians and offer a wealthy amount of tennis betting odds. That includes all the French open matches, props, and other futures to keep you busy. Sign up for more than one book to maximize the betting opportunities and to avail of a deposit bonus.

The Brooklyn Nets are still favoured to win its first NBA championship in franchise history despite being plagued by injuries. With a hampered Nets team, we now have a wide-open NBA Playoffs where any of the remaining teams can realistically win it all.

Prepare for some serious back-and-forth as two hotly anticipated rematches headline UFC 263. Middleweight king Israel Adesanya defends his crown against Marvin Vettori, a fighter who nearly beat him while flyweight champ Deiveison Figueiredo and Brandon Moreno give an encore of the greatest flyweight fight in UFC history. Find our UFC 263 betting picks with a hot underdog bet waiting.

Stunning. That one word to use for this NHL Stanley Cup Playoffs update. We’ve already seen a fair amount of upsets and we’re in for more. Leading the underdogs are the Montreal Canadiens, who have been a money train for the past week. Can they keep it up?

The biggest football tournament in Europe arrives with a hefty betting slate from the outright winners to the top goalscorer to group results and more. Find the best betting odds from the top Canadian sportsbooks as we welcome back international football with open arms.