Odds are courtesy of Bodog.eu. 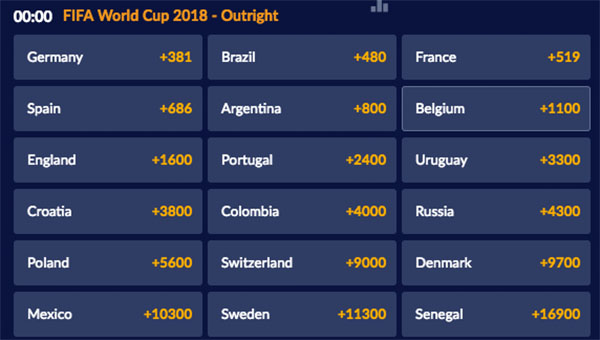 Brad Gushue and the Canadian national curling team heads into the world championship with hopes of winning the title for a second straight year and keeping the country’s streak at the tournament intact. Gushue and his rink of third Mark Nichols, second Brett Gallant and lead Geoff Walker went a perfect 13-0 at the worlds a year ago and the team enters this year’s tournament as the odds-on -140 favourites to repeat that success. Bettors will want to take notice that Canada has ran the table in this tournament dating back to 2016 when Kevin Koe reeled off four victories to win gold.

Skip Niklas Edin and Team Sweden will be looking for redemption when the world championship begins as the country fell just short in the final in 2017. Team Edin dropped a 4-2 decision to Gushue in last year’s final and many are expecting the same countries to clash in the championship round in Las Vegas. There will be a little more extra motivation for Edin and his rink of Oskar Eriksson, Rasmus Wrana and Christoffer Sundgren, who lost in the Olympic final to the United States. At +200, taking a chance on a motivated Edin rink is not a bad idea.

John Shuster put the United States back on the curling map as the country captured gold at the 2018 Winter Olympics in Pyeongchang, South Korea. Greg Persinger — a 40-year-old Seattle native — will look to make the same impact when the United States opens the world championship in Vegas. As a +700 longshot, this will be Persinger’s first appearance at the world championship. However, this is also the first time the U.S. has hosted this tournament since 2008, so making a strong impression will be crucial for Persinger’s rink.

The Swiss enter the world championship with a season record of 46-31, but the Marc Pfister-led rink are +1200 long shots according to Vegas oddsmakers. This is the first appearance for Switzerland since 2016, when the country finished 4-7 with Pfister competing as third on that team. Switzerland won the German Masters in January but will face much stiffer competition, with a date against the Canadians slated for April 1. Switzerland may pull of an upset at some point in this tournament, but winning outright is highly unlikely.

Steffan Walstad hasn’t had much success on the world stage since taking over as skip for the Norwegian curling team. Walstad competed in the 2017 world championship, finishing with a 5-6 record before being crushed by Team Gushue 8-4 in the round robin. Norway reached the final at the Grand Slam’s Tour Challenge, but once again Gushue defeated Walstad 9-1. Norway comes in as a dark horse at +1400, but with the tournament expanding to six playoff teams for this year’s championship, there’s an outside chance Walstad will be competing on the second weekend.