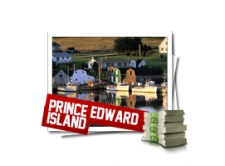 Prince Edward Island boasts several forms of legal gambling in the province. The Atlantic Lottery Corporation, which was founded in 1976 and is also known as Loto Atalantique, operates lottery games in Canada’s four maritime provinces including Prince Edward Island. The ALC works in conjunction with the interprovincial Lottery Corporation, which oversees lottery games across Canada.

Players in Prince Edward Island have paper-based lottery as well as sports betting games to choose from. The province also operates one land-based casino. Video Lottery Terminals (VLTs) are also operated by the ALC.

There are various ways of making a sports wager, however it is important to note that because single-event sports betting is illegal in Canada under the Criminal Code, players are required to choose a minimum of two games.

Pro-Line is the most popular form of wagering in the province as it is an odds-based, parlay format betting game that allows players to predict the outcomes of two to eight games on a single ticket. The more games selected, the higher the stakes with a minimum wager of $2 set. The maximum wager allowed on a Pro-Line ticket is $25 in Prince Edward Island. The betting formats available through Pro-Line include moneyline, point spread and total points.

Pro-Line Futures is an odds-based format that allows players to bet on a single selection from a games list, which may include the option to pick a tournament, division or league champion from a sheet of all participants. The minimum amount bettors can wager is $2 with a maximum of $100.

Stadium Bets is very similar to Pro-Line’s format — an odds-based game that allows players to predict outcomes of two to eight games on a parlay ticket. The only difference is Stadium Bets is only available through the province’s web-based betting portal ProLineStadium.com.

Despite being the smallest province in Canada, Prince Edward Island still has several gaming options for betting enthusiasts.

There is one land-based casino in the province — the Red Shores Racetrack & Casino, based in Charlottetown, P.E.I. The gaming floor at Red Shores Charlottetown features two Blackjack and two Ultimate Texas Hold’Em tables. The casino also added electronic Roulette and Baccarat to the gaming floor where you’ll also find 200-plus slot machines ranging in denominations of $0.01 to $1 per spin.

Single-event sports betting in Canada is illegal under the Criminal Code, which is why the provincially regulated sports lottery requires players to select a minimum of two games on a parlay ticket.

More and more bettors across Canada, including those in Prince Edward Island, are taking their business to offshore, Internet-based sportsbooks. These websites, which are licensed under international laws, are available for Canadians to use.

What do these online sportsbooks offer customers? The first thing you will notice is more variety in sports to wager on. While games such as Pro-Line are limited to North American sports and leagues, online sportsbooks have a much more extensive list of markets to choose from. International soccer leagues, auto racing, combat sports and PGA golf are just a few of the sports you can place wagers on that aren’t available on Pro-Line.

Which sportsbook is right for you? There is a little homework to do before selecting a legitimate and reputable sportsbook. However, a good starting point is narrowing your search down to some of the industry-leading sportsbooks available to Canadians, such as Sports Interaction, Bodog, William Hill, Betway, 5Dimes, BetOnline and Bet365.

These sites likely offer welcome bonuses to new customers. Simply create a new account, make an initial deposit and a sportsbook will give you a 100% bonus of up to certain amounts depending on the website.

Sportsbooks such as Sports Interaction and Bodog offer customers intriguing in-play options where bettors can jump into the action and wager on a game when it’s live. This is another feature that provincially-regulated, paper-based sports games cannot offer players in Prince Edward Island.

Popular Sports & Teams to Bet on

Prince Edward Island is so small in land and population it could not support a professional sports team. However, that doesn’t mean there aren’t sports fanatics throughout the province of P.E.I.

Hockey is still the preferred sport to wager on among Prince Edward Islanders as players there tend to back all the Canadian teams, especially the Montreal Canadiens and Toronto Maple Leafs — two of Canada’s storied Original Six franchises.

The province has produced some top NHLers over the years, including Stanley Cup champion Brad Richards and Las Vegas head coach Gerard Gallant.

The National Football League is also a popular sport to wager on, but more bettors are doing so using online sportsbooks that are based offshore. Proposition bets and futures are two formats players use the most with online sportsbooks, which offer much more variety than traditional paper-based sports betting games do.

Online sportsbooks also offer the flexibility of placing wagers right from the comfort of your own home or on a hand-held device, regardless of where you may be. The first step is finding a reputable online sports book to use and from there, you’re ready to officially begin your online sports betting journey.