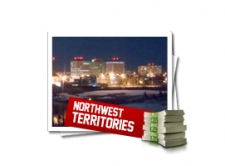 While the primary industries in the Northwest Territories are gold mining, oil as well as fishing and forestry, gaming in the province has become a pastime for many residents located there. The Western Canada Lottery Corporation (WCLC) is a non-profit organization that manages, conducts and operates all lottery and gaming-related activities for several Canadian provinces, including the Northwest Territories.

WCLC’s affairs are governed by a board of directors consisting of two representatives appointed by each of the memorial provincial governments. The WCLC also works in conjunction with the NWT & Nunavut Lotteries, which offers several provincial lottery gaming options and an online wagering portal, whenyouplay.ca.

Single-event sports wagering is an illegal act under the Canada Criminal Code. However, provinces in the country — including the Northwest Territories — offer regulated sports gaming alternatives.

Much like many other provinces, Northwest Territories has Sports Select gaming options for residents, including Pro-Line — an odds-based parlay format sports betting game that allows players to predict the outcome of two to six games on one ticket. All the selections must be correct in order to claim the prize. The minimum wager is set at $2 with a maximum bet of $100. Formats to choose from with Pro-Line include moneyline, point spreads or total points.

The Northwest Territories also offers Pro-Picks Pools, which is a card-based game where players can wager on the outcome of a specific game, player or team as shown on the selection sheet.  The selection sheet consists of 10 to 12 selections and it is a more popular betting format during the National Football League season when players can predict the outcome of all the games for a specific week. The cost to play Pro-Picks Pools is $5 and the most correct selections share a prize pool equal to 60% of total wagers.

Sports to wager on include NHL, NBA, NFL, CFL, MLB, as well as NCAA football and basketball.

Because single-event sports wagering is illegal in the country, many Canadians, including those in the Northwest Territories, are making the leap to offshore, Internet-based sportsbooks.

The Northwest Territories has a harsh climate in which temperatures can hit below zero conditions in the winter months and heavy rainfalls throughout the spring and summer months. Because of the harsh weather conditions, the Northwest Territories is not a tourist attraction and does not have offline gaming facilities such as casinos or horse racing tracks. The only forms of casino-style gambling options that organized in the province are conducted by bingo halls, Nevada pull tickets and charity organized casinos.

There’s been a steady flux of gaming enthusiasts from the Northwest Territories that have been taking their business to online casinos — which you can find through many offshore, Internet-based sportsbooks such as Bodog, William Hill and Betway.

Single-event sports gambling is illegal in Canada, which is why there’s been a steady rise of customers from the Northwest Territories using licensed online sportsbooks that are based offshore.

These websites offer more options in terms of sports and markets to wager on, as opposed to provincial-regulated sports betting systems that limit players to North American leagues only. Whether you’re looking to place a point spread bet on an NFL game or a total points wager on an international soccer match, online sportsbooks have more to offer with better betting odds and betting lines to choose from.

Before jumping into the online sports betting scene, the first and most important part of the process is finding a reputable website to use. There is certainly no shortage available to Canadian customers, but it is important to know which ones offer better lines as well as promotions and bonuses.

Customers that create a new account and make an initial deposit will often receive a welcome bonus of 100% up to certain amounts depending on which sportsbooks you visit.

Another great feature online sportsbooks have that traditional card-based games can’t compete with is the live wagering feature, which allows players to jump into an event mid-game and place a wager. Many of the industry-leading websites provide this popular feature.

So which online sportsbook is right for you?

There are a handful of legitimate, industry-leading sportsbooks, including Sports Interaction, Bodog, William Hill, BetOnline and Bet365. All of these websites are good starting points to get an idea of which one will offer what you’re looking for.

Popular Sports & Teams to Bet on

You will not find a professional team in the Northwest Territories, but the people living there have many options in terms of which sports and franchises to place wagers on.

The Northwest Territories borders three major Canadian provinces that feature sports franchises — British Columbia, Alberta as Saskatchewan. Hockey is a popular sport to bet on in NWT, so it is common to find players backing teams such as the Vancouver Canucks and B.C. Lions. Other players in NWT bordering Alberta, will put their money down on the Calgary Flames or Edmonton Oilers of the NHL as well as the Calgary Stampeders and Edmonton Eskimos of the CFL.

However, players in the province are much like everyone else and enjoy betting on the NFL each week.

Online sportsbooks offer limitless possibilities for customers based in the Northwest Territories. The first step is selecting a reputable online bookie and from there you can officially begin your wagering journey.