What is a Double Result in Sports Betting? 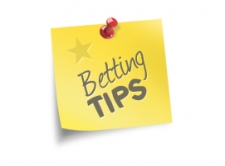 A double result wager isn't something new offered by sportsbooks but it has gained popularity in recent years because of the great odds it possesses. Essentially a double result wager is one that is offered on the result of a game at both halftime and the full game. Its highest popularity comes on soccer matches, and the number of betting possibilities increases, thus offering more lucrative payouts to bettors.

A double result bet is a way of parlaying the same result twice in one game. If you strongly believe a particular team will win wire to wire, the odds offered on a double result wager are much greater then just simply taking Team A to win. But because the game is split into two halves, there are more combination of results in play and that means that there is more risk involved. Comebacks happen all the time in sports, and if you were to take Team A to win the first half, but Team B to win the game, your odds can hit 20/1 or even higher.

While double result bets have gained popularity, they are tough to recommend to bettors on a consistent basis. Not only do you have to predict the correct final outcome, but you've got to be correct in the order of events taking place. The lofty payouts will always attract action but it's tough enough to beat the sports betting market consistently on full-game bets, leaving very few times where double result bets should be attacked. If you are looking to incorporate double result wagering into your arsenal of betting tools, make sure you use a highly reputable sportsbook!

Here at we offer a great list of highly recommended sportsbooks offering double result wagers for events, and it's up to you to shop around and figure out which book suits your needs and fits your style the best. With the odds as high as they are on many double results wagers, especially when you flip the results per half (ie predicting one team to comeback late), double result wagers won't be going anywhere in the sports betting atmosphere. As bettors prefer more and more betting options to get down on, sportsbooks like the ones on are list are more than happy to oblige and double result wagers are just another part of that.

For the first time in more than a decade, a pair of clubs from the English Premier League will battle for the right to raise the European Cup at the UEFA Champions League final 2019. EPL rivals Liverpool FC and Tottenham Hotspur will clash on Saturday June 1st at the Wanda Metropolitano Stadium in Madrid. The road to the final for both clubs required remarkable victories over powerhouse European sides, but the Reds will be touted as the Champions League odds favorites for the final.
Read this article
Sports News - 18/02/19
Can a Canadian Team Celebrate the MLS Cup in 2019?

Decision day eliminated the remaining hopefuls from the 2018 MLS Playoffs, which begin on Halloween with the always-tricky knockout round. Toronto FC will not defend their championship this year after a disappointing regular season marked by injury and inconsistency. Instead, sophomore franchise Atlanta United appear primed to challenge for the 2018 MLS Cup against top contenders like the New York Red Bulls, Seattle Sounders and Sporting KC.
Read this article
FIFA World Cup 2018