How Does Line Movement Work? 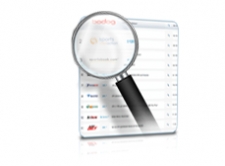 Understanding how line movement works is critical for anyone looking to achieve long-term success betting sports. In the simplest of terms, betting lines move when "enough" money has been bet on one side to force the odds makers to either move the number up or down depending on which side is getting hit. "Enough" is relative to what each sportsbook believes is sufficient to get a 50/50 action on both sides of a play and scoop up the vigorish regardless of the outcome.

Line moves happen because the sportsbooks are too heavily skewed away from that 50/50 split and attempt to force action for later bettors to make the margin as close to even as they can get.

Now, there is much more that goes into it and any novice sports bettor should spend at least a few days tracking line movements to further understand and grasp how exactly the process works. Ideally, bettors have a good general idea which way a particular line will move and will either jump on that side as quick as possible (if they believe it will move against their selection) or wait until as late as possible to get a better number on a play they figure the majority won't support. Either way, tracking line movements is a key cog in predicting winners.

Why Do Betting Lines Move?

As touched on earlier, betting lines move mainly because the majority of money has come in one way and sportsbooks are attempting to even out the action. Imagine having two friends who were willing to bet on a coin flip and pay $6 to win $5 on their selection, and you (the sportsbook) only have to flip the coin to collect your $1 from the loser - while paying the winner their $5. That's the goal of every oddsmaker out there and it's how sportsbooks stay in business and profit handsomely long term. Now if others come in and continually bet 'heads' and it's a 75/25 split, you'd have to bump up the price on 'heads' to minimize losses should that be the result - hence moving the line.

Money bet isn't the only reason betting lines move though as key injuries on a team, coaches deciding to rest players, or good/bad scheduling spots can also impact a betting line. In those spots, there are fewer edges to be found from a betting perspective as all of that information is built into the betting line by the time the game starts.

Our 2019 NBA playoffs odds preview features every club which qualified for the post season, including predictions for eastern and western conference brackets. The Golden State Warriors have been strong favorites all season long, even as teams like the Toronto Raptors, Houston Rockets and Milwaukee Bucks provide the potential for a massive upset. Will the Dubs complete a three-peat or fall short after a regular season of internal bickering?
Read this article
Sports News - 18/12/18
NBA Championship Futures Odds 2019

The Toronto Raptors have emerged as the main contenders against the reign of the Golden State Warriors in 2019. NBA futures betting show Golden State as overpowering favorites to win another championship, especially in a weakened western conference. However, the rise of the eastern conference this season will produce a strong challenge from Toronto, the Boston Celtics or the Philadelphia 76ers, all of whom feature the personnel needed to upset the champs.
Read this article
Sports News - 05/12/18
2019 NBA Finals Outrights - Futures Prediction And Odds

There’s no precedent to the Golden State Warriors, who will be overwhelming NBA futures betting favorites to win their third consecutive championship. No team in history has ever fielded a starting lineup consisting of all-stars like the Warriors, a situation most teams can't compete against. Even great contenders like the Boston Celtics, Houston Rockets and Los Angeles Lakers will be longshots to win the 2019 NBA Finals.
Read this article
FIFA World Cup 2018