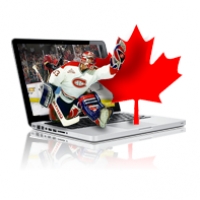 The NHL’s Central Division is home to the Chicago Blackhawks, the Colorado Avalanche, the Dallas Stars, the Minnesota Wild, the Nashville Predators, the St. Louis Blues and the Winnipeg Jets. The division is a popular one for Canadian hockey fans, as it contains a Canadian team in the Jets, as well as an American team that Canada often gets behind in the Blackhawks. When betting on the NHL, some try what’s called the zigzag theory. Basically, you bet on a team that just lost a game, thinking that they are due to bounce back. [+]

Not a bad theory, but you can do better. The theory doesn’t consider strong or weak teams that are about to go on a big streak. It’s fine when two evenly matched teams are playing each other. But it doesn’t factor in hot goaltenders, injuries, or a few other things that cause a team to lose games.

We are your source for the sharpest betting lines in Canada, and your go-to page for NHL Central odds today.

Here are your NHL Central standings. See who’s on top and who’s making a move.

It’s also important to remember that good defence and goaltending beats high powered offence in NHL hockey. Too many bettors look at goal scoring when betting. They forget a great defence can shut down a great offence any day of the week. So always start with the goaltending matchup when planning your action.

Also, don’t buy into the home ice hype.  The numbers show that home ice advantage is really only a statistically big deal for the NHL’s best teams. Most teams only win a bit more than 50% of their home games. Betting on the away team is not as big of a risk as it would be in the NBA or NFL

Obviously, The NHL is a lower scoring game than the NFL or the NBA. So betting on the over/under of any given game is trickier than it would be with other sports. Like we said above, remember to always look at the goalie match-up first. And finally, the NHL’s bad teams are still pretty good. The best NHL teams may win about 70% of their games. Whereas the lower tier teams still win about 30% of their games. We have strong parity throughout the whole NHL, and betting lines will reflect that. So you may not see the payoff potential you would see elsewhere in other sports when the first place team meets the last place team.