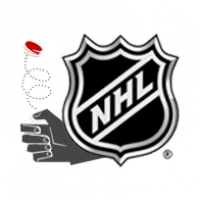 The NHL’s Metropolitan Division is home to the  Carolina Hurricanes, the Columbus Blue Jackets, the New Jersey Devils, the New York Islanders, the New York Rangers, the Philadelphia Flyers, the Pittsburgh Penguins, and the Washington Capitals. Games between this division’s squads are often shown on national television. That’s because 3 of its teams (Rangers, Islanders, Devils) all play in the New York area, the league's largest market. [+]

Elsewhere, the Flyers are in the fifth largest market in Philadelphia, and the Capitals play in the ninth largest market in Washington, D.C. Canadian bettors love to bet against teams in the Metropolitan division for sentimental reasons, because the division contains no Canadian teams to root for.

We are your source for the sharpest betting lines in Canada, and your go-to page for NHL Metropolitan odds today.

Here are your NHL Metropolitan standings. See who’s on top and who’s making a move.

Our first piece of advice is simple. Remember home ice advantage is really only a statistically big deal for the NHL’s best teams. The rest of the NHL only wins a bit more than half of their home games. Betting on the away team is not as big of a risk as it would be in the NFL or the NBA.

Bettors should know that hockey is obviously a lower scoring game than football or basketball. This means betting on the over/under of any given game is a bit tougher than other sports. Remember to always look at the goalie match-up first.

At the same time, the NHL’s worst teams are not that bad. Meaning there is not a big gap between the winning percentages of the top teams and the lower tier teams. The Best NHL teams may win about 70% of their games. Whereas the lower tier teams don’t often lose more than 70% of their games. This means strong parity throughout the league, and betting lines will reflect that when the top teams play lower ranked teams. You may not see the payoff potential you would see elsewhere in other sports.

Some bettors in Canada follow what’s referred to as the zigzag theory when they bet on NHL. You bet on a team that just lost, because they are due to bounce back and win the next game. Be careful when you try this. This theory doesn’t really apply to strong or weak teams that are likely to go on a big streak. It is a good enough strategy when two average and evenly matched teams are playing each other. But it forgets to consider things like hot goaltenders, or injuries that may be causing the losses.