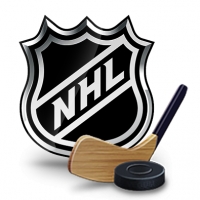 EVERY night is hockey night in Canada. Canada remains one of the most online betting-friendly countries in the world, and hockey is the undisputed king here. While the Blue Jays and the Raptors have a solid following, every town is Hockeytown. The NHL’s Eastern Conference is home to both the Atlantic Division and the Metropolitan Division. It gains a lot of interest from Canadian fans, as it is home for Canadian Teams such as the Toronto Maple Leafs, the Montreal Canadiens, and the Ottawa Senator.  [+]

Americans treat betting on hockey as something to do between baseball and football season. But to most Canadians, there is no other sport. This is the only show that matters. Any other sport they watch or bet on is just killing time until the puck drops again.

We are your source for the sharpest betting lines in Canada, and your go-to page for NHL Eastern odds today.

Here are your NHL Eastern standings. See who’s on top and who’s making a move.

Everyone in Canada is a hockey fan. So nearly everyone has an opinion on who you should bet on. But, don’t forget that bettors help dictate the lines and the odds. So stepping away from what the masses of Canadian hockey fans are betting on will often help you win some big money.

Some hockey fans are large believers in what’s called the zig zag theory in betting on hockey. The logic is that you bet on a team that just lost, because they are due to bounce back for a win. This is a decent enough theory, but be careful with it. It doesn’t really apply to very good or very bad teams who are likely to streak. It also doesn’t factor in things like hot goaltenders or injuries that may be causing the streak. It is an OK strategy when two average and evenly matched teams are squaring off.

You should also remember that home ice advantage is really only a statistically big deal for the better teams in the NHL. The rest of the league only wins a bit more than half of their home games. Betting on the home team is not quite as safe as it would be in the NFL or the NBA. It’s also a lower scoring game than football or basketball, so betting on the over/under of any given game is a bit tougher than other sports. Do your research and always look at the goalie match-up first.