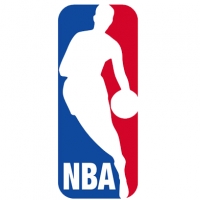 The NBA’s eastern conference is steeped in the NBA’s history and has been home to some of the great dynasties. The Boston Celtics are one of sport's all-time great empires. They have won titles in every decade since the NBA first tipped off. The East was also home to Michael Jordan’s decade or so of dominance, as his Chicago Bulls won 6 championships. More recently, this has been Lebron James’ house. James’ teams pretty much make it to the NBA finals, year after year, not always with success. [+]

This started with his first tour with the Cleveland Cavaliers, then continued when he took his talents to south beach and the Miami Heat for a few years, and continues now that he’s back home and playing for the Cavs again. Canadian basketball fans know that the East is the home to the Toronto Raptors, and the We the North movement

Take a look at the NBA Eastern odds today to plan your action with the most reliable lines in the business. Stay tuned on a daily basis!

The NBA’s Eastern conference was the subject of a bit of a power imbalance for the last decade or so. While teams like the Heat, Pistons and Celtics would win championships, the rest of the conference was considered far weaker than the very deep West.

For a while, fans out west would be frustrated, as their team would have to win 45-50 games to simply make it into the playoffs as an 8 seed. Whereas that record would get you home court advantage in the first round out East. Now, however, things have changed and a deep pool of young talent has found its stride and created a very good and deep East.

In terms of betting, most Canadian fans will follow the Toronto Raptors. The Raptors are finally a formidable team in the east, and you can have great success betting on them.

Betting the over-under can also be a lot of fun, with a high paced scoring average being the norm in the NBA. It’s not unusual for both teams to score over 100 points in a good NBA game. There’s also a lot of potential to bet, with every team playing 82 regular season games.