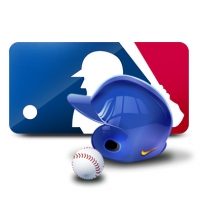 The tough as nails Philly faithful fans are really getting their patience tested these days. Their NBA team is threatening to break all sorts of records for fewest wins, while the beloved Phillies are not doing a lot better. In 2015, their record was 63–99 (.389), which gave them fifth place in the National League East and 30th overall in MLB. They are rebuilding, so things are not immediately optimistic for this year. As a franchise, they have won the World Series on two different occasions, the last coming in 2008. [+]

They have also won the National League Pennant 7 times, with 11 division titles over the years. They have also seen a number of Most Valuable Players wear the Philly colours, such as  Mike Schmidt (who won 3), Chuck Klein, Ryan Howard, and Jimmy Rollins. They have also had a few Cy Young winners in Steve Carlton (who won 4), John Denny, Steve Bedrosian, and Roy Halladay.

Let’s take a look at the Philadelphia Phillies’ odds today, for people looking to place a bet on today’s action, with the sharpest line in the business. The Phillies play their home games at Citizens Bank Park, and their games will air on television from the Eastern Time Zone.

My Team's Next MatchPhiladelphia Phillies

Here’s a glance at the Philadelphia Phillies’ schedule, including all their home and away games.

We are your source for the Philadelphia Phillies’ standings. Check back often to see how they are doing against their inter-divisional foes and rivals.

This year, the Phillies’ batting line-up will be made up of Freddy Galvis, Odubel Herrera, Maikel Franco, Ryan Howard, Cameron Rupp, Carlos Ruiz, Freddy Galvis, David Lough, Cedric Hunter, Cesar Hernandez. They will hope to get the most from every single player, and pray for a better offensive output than last year.

If you bet on other sports like NBA and the NFL, you’re should get used to a few things about baseball.  The top teams in other sports win up to 80 percent of their games throughout the season or may even go as high as 90 percent, and they also play much better at home.

This is not the case in MLB. In baseball, a bad team will still win 30 percent or 40 percent of their games. Whereas a division leader will win 65-70%, So if a last place team is playing a league leader in a 3 game series, the favorites may lose a game, without it being a big deal or a massive upset.