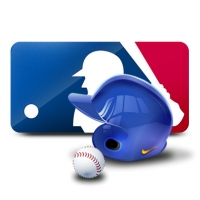 The Mariners betting odds are looking slightly better than they did last year. They are currently in the middle of their longest postseason drought in their franchise’s history, but have a legit shot at fixing that this year. Over the years, the Mariners have seen a lot of great players, such as Alvin Davis (1B), Jay Buhner (OF), Edgar Martínez (DH), Dan Wilson (C), Randy Johnson (P) and Ken Griffey, Jr. (OF). They hold the dubious distinction of being one of eight Major League Baseball teams who have never won a World Series championship. [+]

Along with the Washington Nationals, they are also one of the two to never have played in a World Series. This is even though they had the most successful regular season in MLB history in 2001 with 116 wins. They tied that record with the 1906 Chicago Cubs, who also failed to win it all that year.

Let’s take a look at the Seattle Mariners odds today, for people looking to place a bet on today’s action, with the sharpest line in the business. Seattle Mariners play their home games at Safeco Field, and their games will air on television from the Pacific Time Zone.

My Team's Next MatchSeattle Mariners

Here’s a glance at the Seattle Mariners schedule, including all their home and away games.

We are your source for the Seattle Mariners standings. Check back often to see how they are doing against their inter-divisional foes and rivals.

Batters in Seattle didn’t exactly make it rain last year, aside from Nelson Cruz. Things should be better this year with a healthy Robinson Cano joining Nori Aoki and Leonys Martin to give the Ms more weapons at their disposal this year.

As for their pitching rotation, it’s unclear if Felix Hernandez’s struggles in the second half of last season were just a slump, or a sign of all the wear and tear on that arm from the last few seasons. Taijuan Walker has been billed as an ace-in-waiting for a few years now. If this is the season that the 23-year-old pulls it all together, he could help guide Seattle back to the postseason.

Betting on any team in the AL West is a bit of a gamble. The talent is pretty widely spread and experts have made a good case for every single team having the potential to win the division.

And when betting on baseball, always remember the best team in a division isn’t that much more talented than bad teams. A bad team will still win 1 in 3, or 1 in 4 of their games. So if a lowly team in last place is playing the talented powerhouse in a 3 game series, the favorites may lose a game– even at home. You don’t see this as often in the NBA or NFL, as the league leaders routinely beat the cellar-dwelling teams.