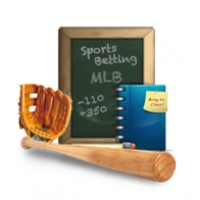 The Houston Astros are the only team with zero division titles to their franchise’s credit. But, they did win a number of NL Central Division titles when they played in the national league.

Bookmark this page for your AL West odds today. Check back often for the day’s sharpest sports betting lines.

Check out who’s in the lead and who’s struggling this season with the most up-to-date AL West standings.

The MLB season is perfect for bettors. It’s is over 160 games long, without even counting pre-season or playoff games. That’s a long haul. The NBA and NHL seasons combined are roughly that long. If you’re betting on the AL Central, it’s also important to know that the division’s best team isn’t a lot better than the last place team, from a winning percentage perspective.  A division leading baseball team will win 60-70% of their games. Whereas the last place team will win around 30-40% of their games.

The gap between first and worst is much wider in football, basketball, and hockey. So betting on the “underdog” is a lot less of a gamble in baseball, and the lines reflect that.

Also know that pitching match-ups are often the biggest predictor in calling the outcome of a game, or the over-under. Always make sure you start with the pitching match-up when betting on MLB, or the AL Central. Big bats and high-powered hitters are good at putting runs up on the scoreboard. But the best pitchers do an even better job of keeping runs off the board.

It’s also important to remember that the home field often isn’t really a big advantage in baseball, in any division. In MLB, the home team typically wins a little bit more than 50% of the time. Even the top teams have underwhelming home records, compared to other sports. So a bet on the home team is far from a safe one.