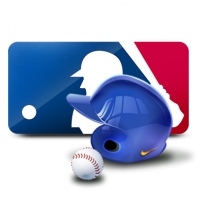 Last year the Chicago White Sox betting odds weren’t good, and they Sox weren’t very good either. They posted the worst offensive numbers in the entire American League and struggled to bring in runs every single night. As a result, they struggled to win. On paper, they have added all the pieces they could need to make a surprise push for a playoff spot. But the game isn’t played on paper. Everything will have to go perfectly for the White Sox to make any sort of climb up the American League Central standings. [+]

Last year, they were 4th in the division and 21st overall. The potential is certainly there to improve (particularly offensively), but they will have to stay healthy and start to deliver every single night.

Let’s take a look at the Chicago White Sox odds today, for people looking to place a bet on today’s action, with the sharpest line in the business. The White Sox play their home games at U.S. Cellular Field (formerly Comiskey Park), and their games will air on television from the Central Time Zone.

My Team's Next MatchChicago White Sox

Here’s a glance at the Chicago White Sox schedule, including all their home and away games.

We are your source for the Chicago White Sox standings. Check back often to see how they are doing against their inter-divisional foes and rivals.

Betting on the White Sox is interesting. On the one hand, they SHOULD be the best team in the American League Central. On paper, they’re better than the Kansas City Royals and the Cleveland Indians, who most pick to win the Central. But a good start by the White Sox could be a game-changer. They can serve notice to the Indians and the Royals that their time is finally here, and they’re not backing down.

They have 3 big building blocks in Chris Sale (Go-to ace pitcher), Jose Abreu (clutch and consistent hitter), and David Robertson (a lockdown closer). How the other players fit in and perform will make the difference as they try to climb from 21st to 1st.

In general, when you’re thinking about wagering on baseball games, pay very close attention to the pitching matchup, as well as each team’s injuries, and hot hitters. In MLB, the best team in a division isn’t that much more talented than bad teams. Upsets aren’t always longshots.

When you’re placing bets, know that if the #1 team in the division is playing a 3 game series with the #4 or #5 team, it’s very likely the cellar-dweller will win at least 1 of those games. Where do the White Sox fit in this? Great question. Experts are polarized, so trust your own judgement.